Who was Filippo Mazzei 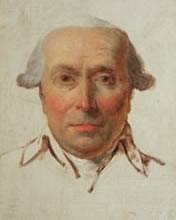 That of Filippo Mazzei (1730-1816) is a great history, curiously little known but very important. This Florentine born at Poggio a Caiano when he was twenties began his career as a globe-trotter as a physician in Florence Leghorn and then Smyrne, he was in London as a merchant, he had moments of familiarity with the Grand Duke Leopold of Tuscany, that he requested him to furnish stoves designed by Benjamin Franklin.

He became friend with him and was launched in the adventure American, the biggest of his life. Brought in Virginia Tuscan peasants, wine, olives, ideas for crops, the text ‘On Crimes and Punishments’ that Jefferson will read written in italian, silk, grain, fabrics, and there in that state of fertile ideas and distinguished man, met and was a friend of the first five US presidents George Washington, Thomas Jefferson, John Adams and others. He participated in the American Revolution and the writing of the mythical charters, (JFK attributed to him in his book A Nation of Immigrants phrase copied from Jefferson on equality between men and the pursuit of happiness) was the ambassador of the State of Virginia in Paris , and simultaneously he became trustee of King Stanislaus of Poland to court of Versailles.

He participated in the French Revolution and he knew everyone from Marie Antoinette to Mirabeau, Condorcet to Marat and Lavoiser.

In his glittering memories, one of the most curious book of Eighteenth century, he said only an intellectual adventure between two worlds, with the liveliness and imagination of a child of the Age of Enlightment.

He belonged to the genre of the great cosmopolitan heroes of the eighteenth century without borders: He was a little Casanova and somewhat Cagliostro, but with much greater depth, with rare diplomatic and political, with broad intellectual horizons and with an inexhaustible irony. Participated starring the great events of his century, he met the most representative men, was entrepreneur of culture and politics in Europe and America and it was the Italian who did the most to make the ideology and customs of America known in Europe, before Tocqueville.

He lived the last decades of his life at Pisa, where he lived as new Socrates in the eyes of youth intellectual of Pisa and Tuscany and where he wrote his memoirs and where he is buried in the suburban cemetery.

Mazzei is a great figure of our history with a sense of adventure as Columbus and Garibaldi, and with a thirst for culture and knowledge as Beccaria, Algarotti and Alfieri and of which he was also a friend.

Not narrow-mindedness: he was a citizen of the world, cosmopolitan by instinct.

It 'time to repair an injustice for a Casanova at the court of George Washington.

The History of Mazzei is an incredible history typical of men of the Age of Enlightenment and of the modern age.

He was born at Poggio a Caiano in 1730, he was a doctor in Florence and Leghorn and in 1755 at ItIzmir (Turkey)

As he got bored we find him in London as trader when he was commissioned by the Grand Duke Leopold of Tuscany to purchase stoves from a Benjamin Franklin that led him to know that community of American English keen to remove the lands overseas from the bondage of taxes and from the yoke of monarchy to build a new society.

Mazzei, in 1773, after a brief return to Tuscany, moved from Leghorn to Virginia with vines, plants and books (‘On Crimes and Punishments’ by Beccaria) buying house on a hill, named Poggio, close to that of Thomas Jefferson one’s, the famous ‘Monticello’.

Spouse of the revolutionary cause, he inspired constitutional content and strategies as listened adviser of te founding father as recalls John F Kennedy in his book "USA, a nation of Emigrants”.

After the American Revolution we find our Tuscan in Paris at Versailles as Ambassador of the State of Virginia while Franklin was of Ambassador of the USA, Mazzei was friend of Condorcet, of the painter David, of Vittorio Alfieri the companion of the Countess d'Albany and of the Marquis Marquis La Fayette storyteller of many american histories.

Witness and diffuser of ideas during the French Revolution he does not appreciate its Jacobin phase and he went away agreeing to travel to Warsaw as first counselor of the king of Poland Stanislaus that had appreciated him during his staying in Paris.

Noted the weakness of the king and that he didn’t listen to suggestions Mazzei gave him about how to react to sights on Poland of Prussia, Austria and Russia, Mazzei leaves the king with regret to return to Italy where, instead of staying at his cousins at Livorno, he preferred to buy an house at ‘via della Cariola’ (now via Giordano Bruno) at Pisa where he decided to live, where he kept on correspond with his American friends, including Madison, Jefferson, Latrobe La Fayette, informing them of events in Europe and taking care of his business.

He founded a Masonic Lodge named ‘Napoleon Bonaparte’ at "diacciaia" (ice store) of an historical lounge named  ‘Caffè dell’Ussero, he lived at Pisa during the epic of the great course and later during the restored Grand Duchy and he was tolerated by the police although he was taken to trial even if anti-Jacobin, for Jacobinism in 1799 whose defense prevailed with the excuses of the judges.

When he was seventy he went  St. Petersburg by stage coach to claim the Tsar Alexander, his rights on income of land he was given from Poland and occupied from Russians during the Seven Years War.

Czar, listened to the history of life of Mazzei, received him, surprised and honored to be in the presence of so great man with a great history of life, and not failing to confirm the income due and improving it.

Devoted in Christ, he died aged 82, among his memoirs and his plants inside his beloved garden where, under the name of Philip the Gardener, he delighted himself till the last day to plant american vines and seeds that he received from  his friend Jefferson.

He was buried in a small church inside the suburban Cemetery suburban located at via Pietrasantina, he bequested an important legacy to the church of St. Martin and he left a daughter, Elizabeth, was born from the relationship with the servant girl Tonina Antoni married in 1796 at sixty-five, whose heirs are today recognized in Pisa family members Maruzzi.

THE REASONS OF THE MAZZEI CLUB

Backed by an example of this liberal vocation in the truest sense of a culture of individual freedom and considering the breadth of his interests and its potential, the club "Mazzei" could only qualify in the wake of the illustrious Tuscan experience that made America.

" Its activities are therefore guided by the liberal and secular mood that means  promotion of the person and his rights, wide opening to any contribution to the discussion and growth, provided as points out the status of the club, not inconsistent with these cultural keystones and cultural, somehow, spiritual.

The Club is free from ties with political parties but it considers of understanding politics as a service to citizens and it considers politics as a outstanding baggage for a common civil and political identity, defending and claiming the cultural traditions of the West of which each of us is a part.

The club trusts in democracy that arises from the debate and believe in the discussion as a source of growth common.

In this regard, the activities of the Club are directed to the enhancement of the disciplines that Mazzei took care of in his life: politics, the foreign one in particular, journalism, agriculture, economy, businesses and medicine.

Book presentations, fundraising or volunteering protection of our cultural heritage without forgetting about  promotion and protection of the italian food in its many opportunities for social dinners and remembering the nature of association dedicated to friendship and promotion and cultural exchange with people in particular with the US, that is the Club Mazzei of Pisa.

A wide range of initiatives monthly to confront our history to the challenges of modernity as followers of the Enlightment Age of the future.

Do not waste time!